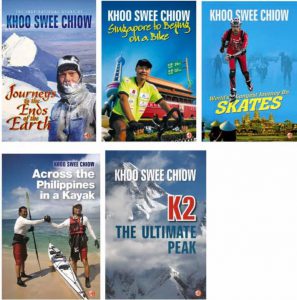 He trekked to the North and South Poles and has climbed Mount Everest three times.

In 2014, he reached the summit of K2, the Savage Mountain known for taking the life of one out of every four climbers who attempt to conquer her.

He has the honour of being the 4th person in the world to have completed the ‘Explorer’s Grand Slam’.

His name is Khoo Swee Chiow and he is a full-time Adventurer. Who would believe that only 15 years ago, he was a computer programmer?

It all began in 1987 when he graduated with a Computer Science Degree. He worked with several companies, helping them to build IT systems and solutions, but he always had a passion for the great outdoors.

Whenever he traveled on business, he would do something exciting, from trekking in New Zealand to rock-climbing in the US. 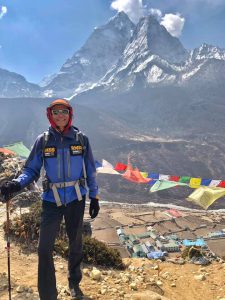 In 1998, Swee Chiow dared to dream big – he wanted to climb Mount Everest. No one in Singapore had ever done it before that and it was unheard of at that time. He started training hard for it and together with his team, he made it to the summit. The following year, he skied to the South Pole, covering a distance of 1,125km in 57 days.

He was really excited about these adventures and enjoyed every moment of it.

In 2000, he told his wife that he would be taking a one year sabbatical leave to try being a full-time adventurer. She supported the idea and at age 36, Swee Chiow put his career on hold to follow his dream.

That year, he scaled the Seven Summits and became the first Southeast Asian to achieve that.

It wasn’t easy for him as he had to worry about his financial future. Moreover, his first child was on the way.

So in 2002, having worked for Singapore Airlines in the IT division for six years, he officially ended his ‘sabbatical’ by resigning. “It was not an overnight decision but rather, a two year thinking process.” 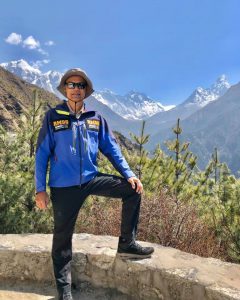 Swee Chiow started his Adventure Company (http://www.daretodream.com.sg) and conducts motivational talks and adventure trips to exciting places around the world for his clients. He has been very successful in his business and is a role model for many.

I asked him what he would have done differently if he had a time machine, he said “I would have started earlier!” I also asked him what career advice he would give to someone at his/her 2nd Career Crossroad and he shared the following nuggets.

There will always be people who will tell you what you want to achieve cannot be done, or that it is a dumb idea. Always believe in yourself and you will succeed. Don’t let them slow you down 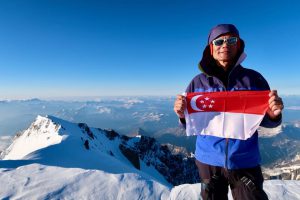 You don’t have to start with a Big Bang – in fact, it might even be very risky to do so. Waiting to gain enough resources to launch that Big Bang may also cause delays and give you cold feet.

Test the waters first – you could start by trying out your ideas on a small scale or take a sabbatical to give the idea a shot. Learn from these lessons then decide whether you want to scale the idea upwards. 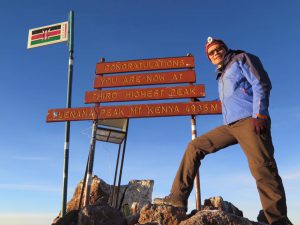 Don’t just talk about it or keep analysing. Take the first step as it is often the scariest, but once you are in it, things will get going. The problem with mid-career changes like these is that people often think of the money first (Will I earn enough? Will people buy my services? etc) and the fear stops them from taking action. This is the wrong approach. Once you have a plan, take action. 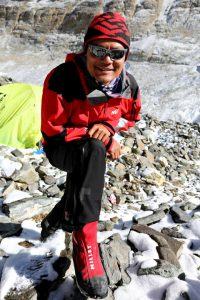 4. Get out of your comfort zone

Many times, we do not realize that we are in our comfort zone. In order to grow, we need to move into our discomfort zone and push ourselves harder.

It is challenging and difficult altogether but we will develop new muscles that make us stronger.

I asked Swee Chiow what he was most proud of and he shared,

“I’m proud that I stayed true to myself and my calling, and do what I really love. I’m also happy that I had a vision and dared to quit my job to follow it.”

Today at 55, he is still planning to take on bigger challenges ahead and will be revisiting K2 again soon. I asked him what’s next for him and he said,

Khoo Swee Chiow is the embodiment of someone who leveraged his Passion (for adventure) and his Aptitudes (his leadership and organisational skills) to pivot into another role when he was facing his Career Crossroad.

As the old saying goes, “Fortune Favours the Bold” and indeed, he is enviously living his dream today.

If you fancy learning how to rappel or rock-climb, visit his facebook page here!

Salary Misery – Are You Feeling Sadly Underpaid? Find Out Why! Interview Strategy – How To Negotiate A Higher Starting Salary Copy 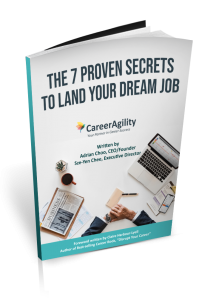 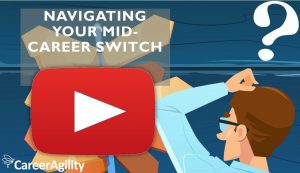